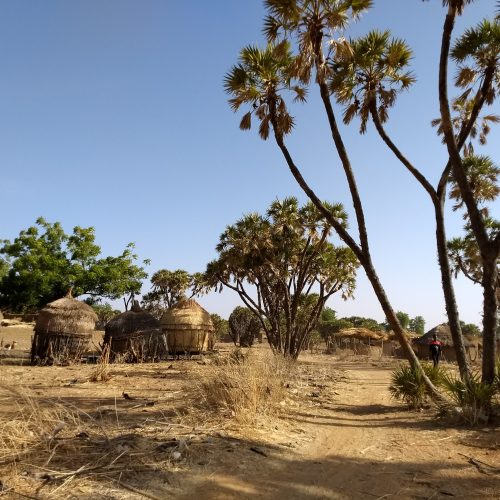 Rain for the Sahel and Sahara works in Niger, the largest country in West Africa,  sharing borders with Nigeria, Benin, Burkina Faso, Mali, Algeria, Libya, and Chad. With over 80% of its surface area covered by the Sahara Desert, Niger’s population of 21 million is widely dispersed.

Pervasive poverty, lack of infrastructure, and environmental degradation hound this landlocked country and the diverse peoples who call it home. With a largely subsistence economy, life is getting harder in Niger as climate change creates more volatile weather patterns, leaving communities more likely to suffer both droughts and flooding.

We partner with rural and nomadic communities in in 2 of the 7 regions of Niger.

The largest region in Niger, Agadez covers approximately 394,000 square miles – 52% of Niger’s land mass.  Almost all of this area is covered by the Sahara desert. The Agadez region is the heart of Niger’s nomadic homelands and is populated by approximately 500,000 widely dispersed people.

The nomadic people of Agadez are herders of goats, sheep, and camels. These animals are the basis of nomadic life, providing the milk that is consumed at every meal.  The herding cultures are cherished for their unique music, art, and culture and for their economic impact – the sale of these animals and animal products are Niger’s fourth largest export, providing the funds to buy grains and other staples of daily life.

RAIN began our work here, traveling to towns, villages and nomadic encampments to learn of their hopes, dreams and unique challenges.

RAIN is well established in Tillaberi – a densely populated region of 2,200,000 people about four hours northwest of the capital, Niamey.  People in Tillaberi are among the most food insecure in Niger; yet many receive little or no assistance.

A region several hours from the capital city may not sound remote, but Niger’s poor infrastructure hinders travel.  Half of Tillaberi is separated from Niamey by the Niger River. To get there, one must wait for some time, then cross the river on a rickety ferry.  Roads to rural schools soon disintegrate into tracks. Recent drought and flooding has exacerbated this isolation.

RAIN works with Tuareg, Wodaabe, Djerma, Gourmantche and other ethnic groups living side by side in Tillaberi. These people represent a mixture of both fully and semi-nomadic lifestyles.