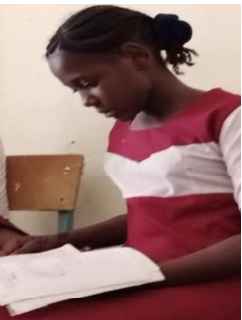 Amina is 11 years old. This year was her first year at RAIN’s Agadez Learning Center and this is the story of how she got there.

Amina was born in the village of Tagalalt, northwest of Tchirozérine. Amina’s father has passed away. Amina has two older brothers from her mom’s first marriage, an older sister with whom she shares a father, and a young sister and brother from her mom’s third marriage.

Amina laments that, “In our village, parents arrange the marriage of their children prematurely. I was promised to a young man of 16. My fiancé had to go and work in the goldmines in order to raise the money that was to be used as a dowry for our marriage. My future was sealed, I was waiting for my future husband to return when RAIN’s team came to our village for the Agadez Learning Center entrance test.”
She watched her neighbors and classmates sit the entrance test while she sat out, waiting for her fiancé to return.
The more she thought about it, the more it tormented her:
“Since that day, I became very anxious, overwhelmed by this dismal situation of an uncertain future. I could no longer eat. [I asked myself] how can these girls, some of whom have a lower grade average than me, have the chance to study and become teachers or nurses, while I have to stay in the village and wait for this uncertain fate?”
She says that this reasoning gave her “the courage to talk to my mother, arguing that this marriage would ruin my future. I managed to convince her to help free me to take my future in hand. My mother was convinced and she took me to the Agadez Learning Center to see the director so that I could take the test…”
When Amina arrived in Agadez, the Director of the Learning Center told her that they were done testing and had already recruited a full class of students. Amina was distraught and her mother continued to speak with the Director to better understand their options.
They came up with a plan.
Amina’s mother approached Amina’s fiancé to see if they could come to an agreement. Amina says, “After listening to her, he was convinced and gave his consent to release me [from the engagement] in order to continue my studies, despite the fact that his family was opposed to this decision.”
Amina says that while she waited, “I spent a sleepless night with my heart pounding until the morning for fear of failing or not being admitted to the boarding school, this place so coveted by the girls because it allows them to escape early marriage.”
When she found out that she was admitted, she says she was so “happy it was as if I had been resurrected; God gave me the chance to start a new life, working towards a bright future… Thank you RAIN for saving me from early marriage and giving me a second chance to succeed in my studies and to help my mother and the community of Tagalalt.”
Amina’s story is just one example of how our partnership with these girls opens doors for them. We are not here to lead the way but to clear the way for them to pursue their own dreams. Niger is not an easy place for anyone, and it is a particularly hard place to be a young girl – but the tides are changing. With your support, RAIN continues to provide Amina and those like her with options. Girls and women have the will and the drive to build their own futures if they are given the chance. Through our work providing access to education and the support to succeed there, we hope to be a launchpad so these girls, their mothers, their mentors, and all those who love them have the community and resources to help them thrive. 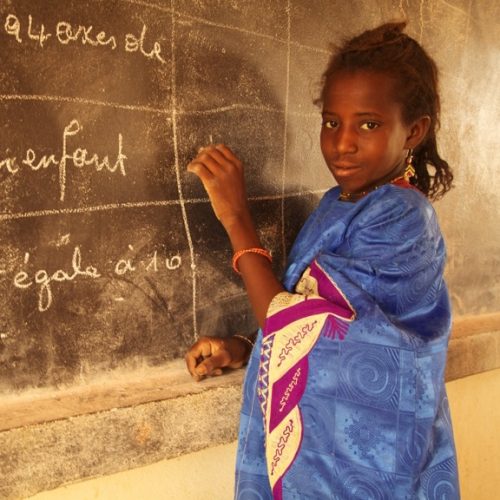 Niger has one of the fastest growing populations in the world and a landscape that has resulted in significant geographic gaps in school coverage. Over 50% of all Nigerien youth ages 7-16 do not attend school. The reality for RAIN’s target demographics is even more severe – only 15% of rural students attend middle school and with just 9% of girls completing primary school, ... 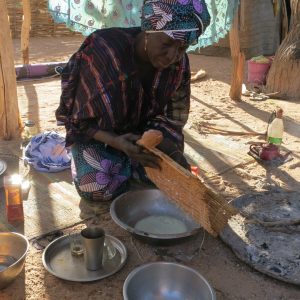 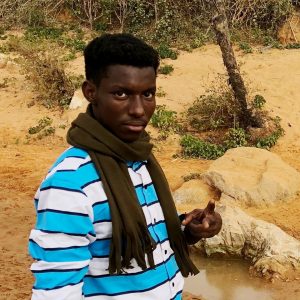 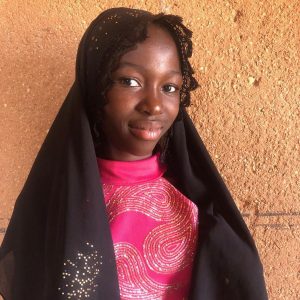